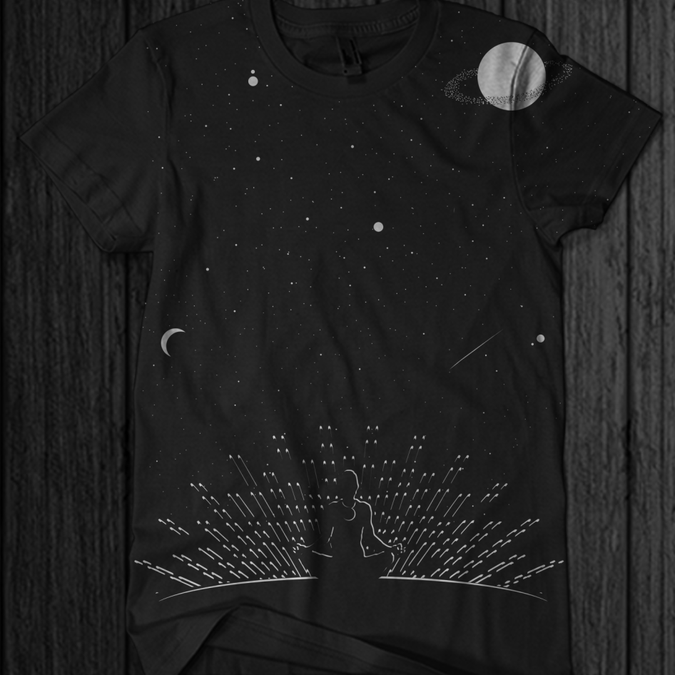 realTBUS needed a new t-shirt design and created a contest on 99designs.

A winner was selected from 194 designs submitted by 29 freelance designers. 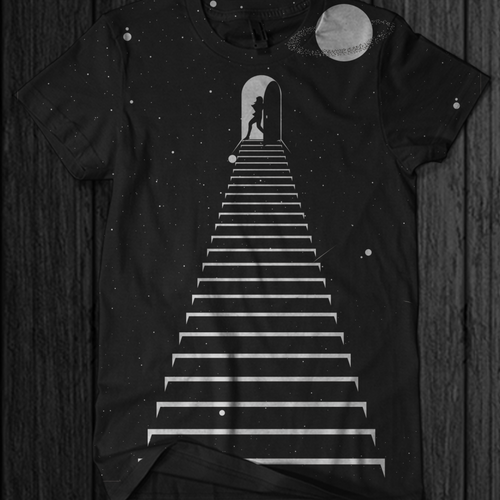 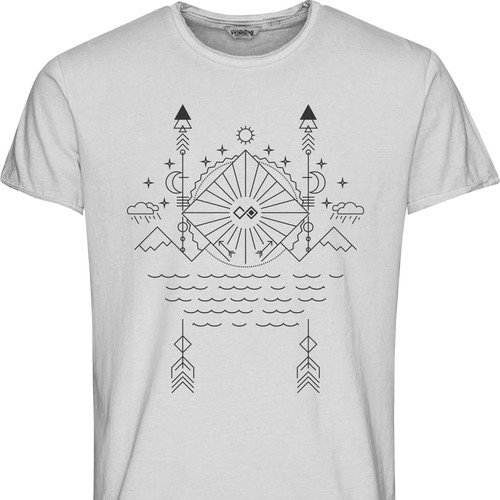 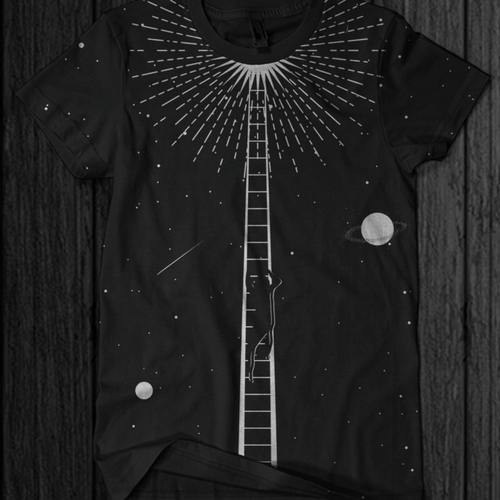 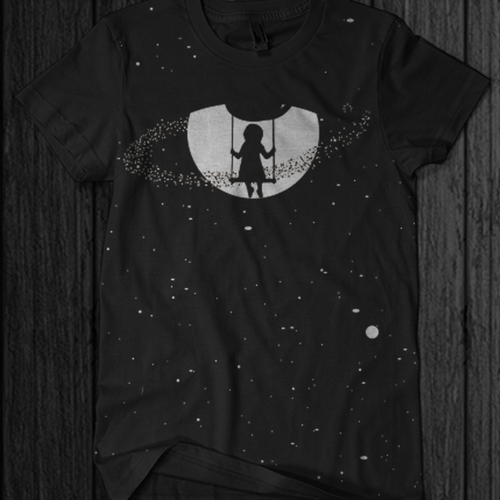 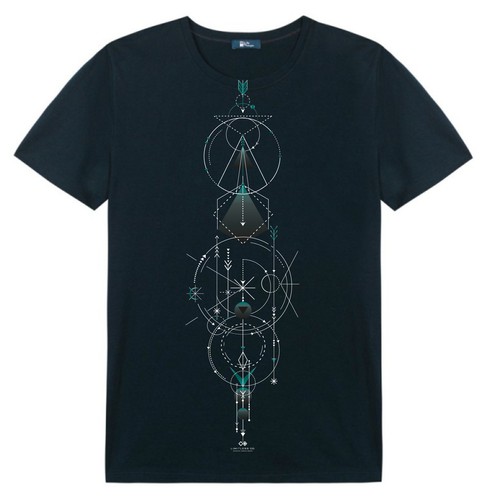 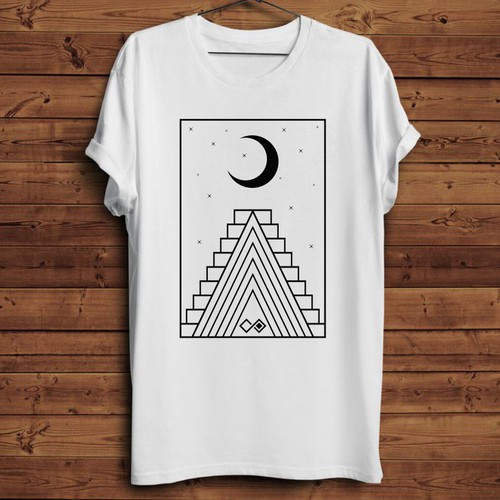 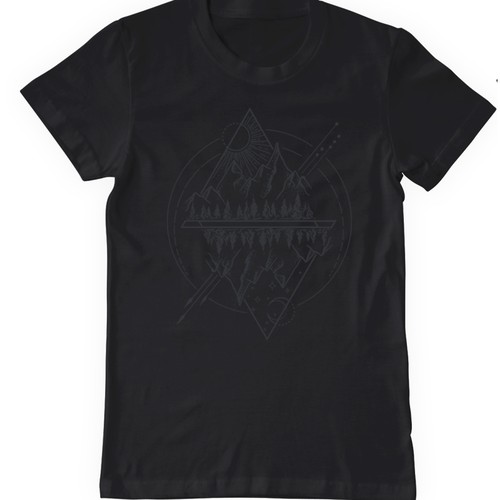 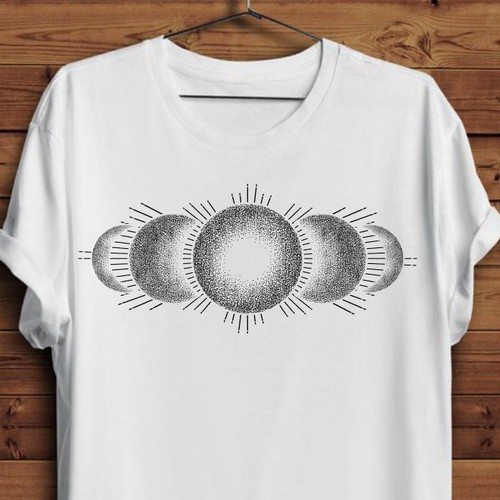 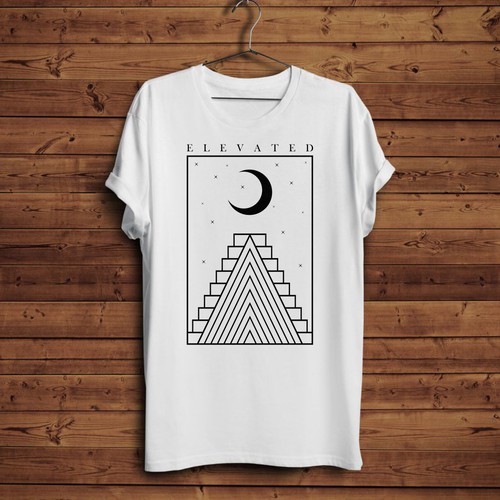 Finalist - A.Pratama
It seems in every design contest there is a designer that puts in the extra effort to listen to you, and in this one sky.rime was it. It was clear halfway through who'd win the contest and communication was always fast with the improvements we wanted executed well. He convinced me to go for an idea I had dismissed earlier, explored all versions of it we could think about, and it is now our corporate branding.
- Anonymous

Finalist - gitanapolisgroup
I loved his edginess of everything! He was amazing assistance!
- Anonymous

How realTBUS started their t-shirt journey

What do you have in mind for the style and theme of the t-shirt?

Simple, Minimal, Modern design. You will be provided a list of words/phrases to get your creative flow going. No overly heavy graphics. Choice of typography will be important in your design. Open to use of simple, tactful sacred geometry.

Limitless Co. is a premium lifestyle apparel brand dedicated to those who live conscious and inspired.

Please use my partner's website for catalog of pictures to put your designs on: https://www.royalapparel.net/wholesale

The following words/phrases are provided to get your ideas flowing for this design. Use the words themselves or creatively represent the idea behind the words/phrases.

Words/Phrases:
Elevated
Dreamed It. Did It.
Self-Prescribed
Less Self (Play on the word 'selfless')
Awake
Transcend
Human Kind. Be Both.
Unlock your mind. Unlock your journey.
Mind above matter.
Love has won.

Sisters, fathers, mothers, employees, children, lovers and friends; Most would instinctively respond with a name given at birth.

Used to document basically everything that happens to an individual, a name is found on everything from birth certificates and report cards to social media profiles. Drawing on Western/Eastern philosophy his book ‘Self’, Richard Sorabji tackles the question of whether there is such a thing as the individual self or only a stream of consciousness.

According to him, the self is not an undetectable soul or ego, but an embodied individual whose existence is plain to see. Unlike a stream of consciousness, it is something that owns not only a consciousness but also a body.

Defining ourselves as individual, unique beings seems to be a typically modern Western concept, while members of ancient societies more explicitly comprehended themselves and were defined as part of a group, or groups -- a collective consciousness.

Many of the most forward-thinking ancient cultures including Rome, Greece, and Eygpt, utilized individual nomenclature only to position a child in a social network and identify the person before and after death. On the state level these names were much less important.

In his research adapted in the Oxford Handbook of Hellenic Studies, Professor Christopher Gill recounted when, in the 5th early 4th centuries, philosophers began developing a systematically dualistic account of human beings as composites of body and soul.

They viewed the body as something embedding a person in a particular community, and the soul is the true ‘self’, the locus of desires and beliefs which those communities could shape. Gill draws on Plato's assertion in Alcibiades I that we ‘ourselves’ are constituted by our psyche, rather than our body or the combination of psyche and body.

More specifically, we are constituted by our godlike capacity for virtues such as wisdom and self-control. Similarly, in Plato's Republic, a contrast is drawn between the psyche as it is ‘in truth’ or ‘in nature’, namely the capacity and desire for gaining godlike wisdom, and as it is in its current condition.

Were you aware there is no single Greek term which standardly acts as the equivalent of ‘person’?

The main point of difference is that subjectivity and ‘I’-centered self-consciousness are defined by criteria of personal identity in modern Western thought which is not matched in ancient Greek thought.

The ‘independent’ self stresses uniqueness with a tendency to see things in isolation, defining itself via inherent attributes such as its traits, abilities, values, and preferences.

The second—the “interdependent,” collectivist self—stresses commonality, defines itself via its place, roles, loyalties, and duties, and tends to see things in context. Naturally, between these two very different self-definitions lies a continuum along which most people are located, and along which they may move, too, over the course of a moment. Culture is not fate; it only offers templates, which individuals can finally accept, reject, or modify, and do.

Throughout our lives we play many roles. Like performers on stage, we portray who we think we should be given particular situations or social settings. When feedback suggests we are ‘not doing it right’ or ‘not good enough’ we are compelled to evolve and ascend.

By identifying with disapproval, we accept it as truth and invest extensive energy trying to fix these invalidations by becoming someone we are not and never were meant to be. Others perceive us through these roles we play despite witnessing a minimal part of what we do.

We experience mental anguish over these unjustified, often self-constructed perceptions. A picture is constructed within our psyche, as earlier referenced by Plato, that is then brought to life through repeated thought and action.

Many have, or will experience, an identity crisis when first confronted with these false realities, the notion we are living by virtues of the ‘other’. A divergent path from the inherent principles of ‘collective-consciousness’ throughout ancient cultures, these virtues embody a separatist notion we have mistaken for our true self.

An existential question or an affirmation of certainty; We may allocate our time to pondering the former or step into the confidence of declaring our truth. Charles Bukowski eternally challenged his readers:

While there may never be a general agreement surrounding this eternal existential debate, many sophisticated civilizations, cultures, and innovators across recorded history have sought answers by looking toward the skies.

Mahayana Buddhist's of the 3rd Century described a cosmology not unlike the most advanced physics of modern days.

From this stemmed the metaphor 'Indra's Net of Jewels' to describe a much older Vedic teaching which illustrates the way the fabric of The Universe is woven together.

The Buddha had yet another term for the primary substance of life termed ‘Kalapas.’ These tiny particles are arising and passing away trillions of times per second.

In the ancient traditions of the East it was understood for thousands of years that all is vibration; Nada Brahma - the sound of The Universe. The word ‘Nada’ means sound or vibration and ‘Brahma’ is the name of ‘god.’

Nikola Tesla confidently suggested, "If you want to find the secrets of the universe, think in terms of energy, frequency and vibration."

In his 1991 novel Author Joachim Ernst-Berendt reiterated these sentiments, declaring "The world IS sound" while referring to Nada Brahma as the landscape of all consciousness.

Brahma simultaneously IS the Universe and IS the creator; the artist and the art are inseparable.

Ancient mystics, yogis, and seers have maintained that there is a field at the root level of consciousness - The Akashic Field, or Akashic Records, where all information, all experience - past, present, and future - exists now and always.

It is this matrix from which all things arise, from subatomic particles to galaxies: stars, planets, and all life.

Native American and other indigenous traditions have said everything has Spirit, which is simply another way of saying that everything is connected to one vibratory force.

There is one consciousness, one field, one force that moves through all.

Overly heavy graphics should be avoided.

We saved a spot for your t-shirt contest.