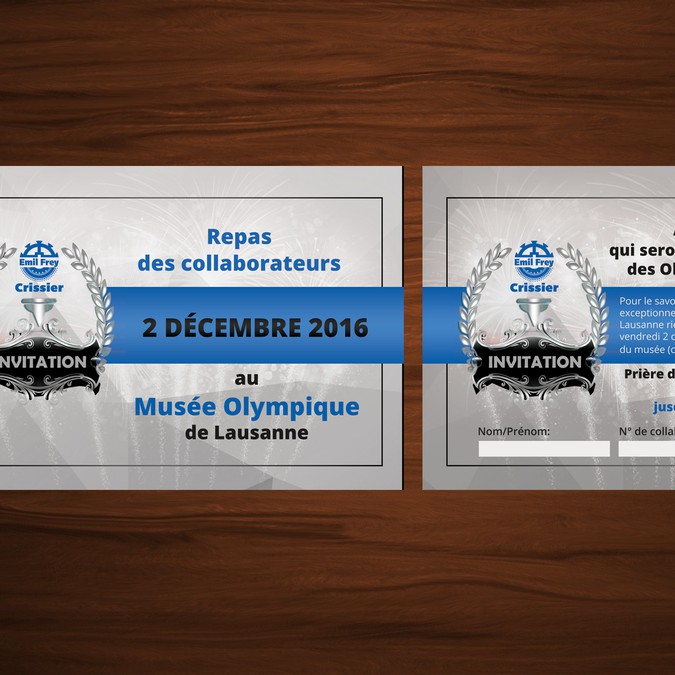 eric5K needed a new postcard, flyer or print design and created a contest on 99designs.

A winner was selected from 15 designs submitted by 3 freelance designers. 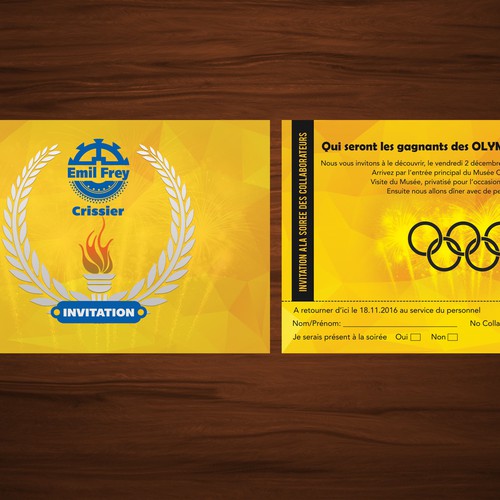 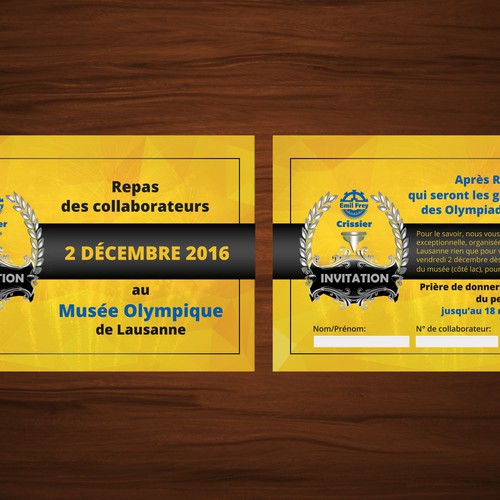 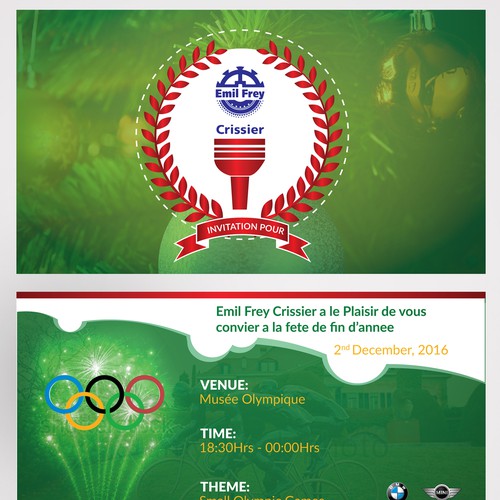 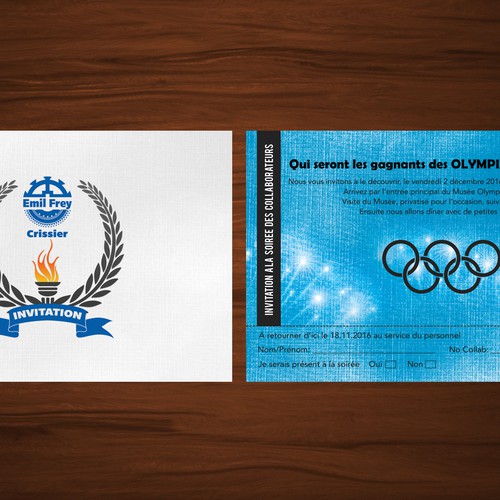 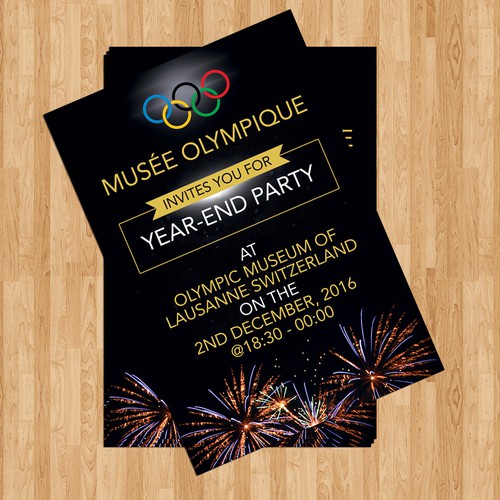 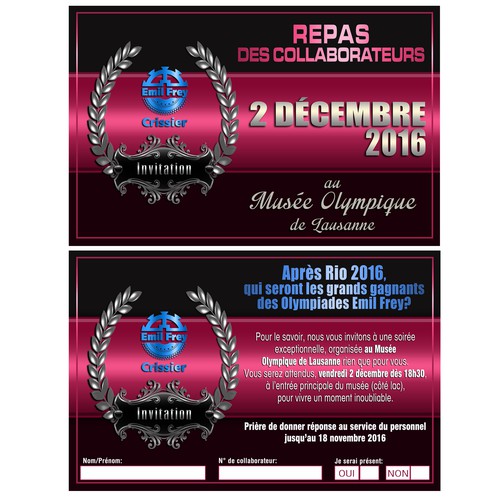 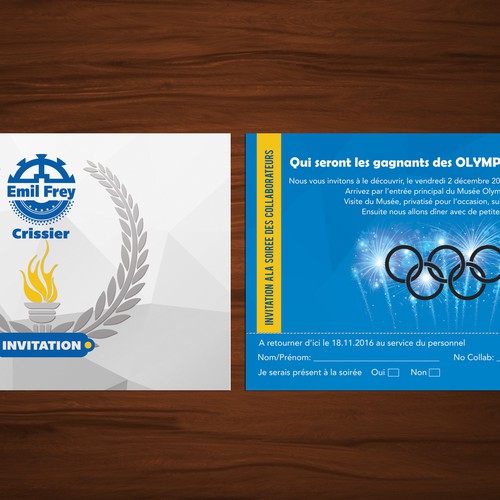 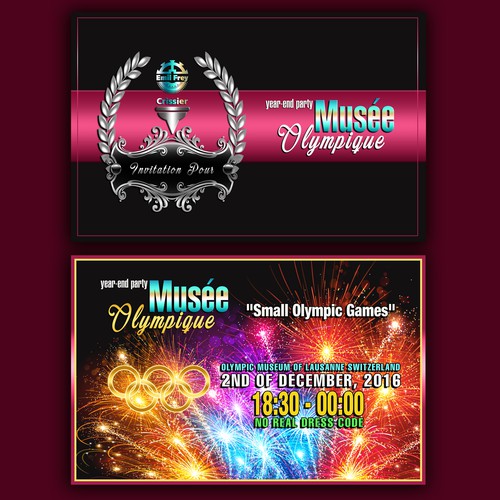 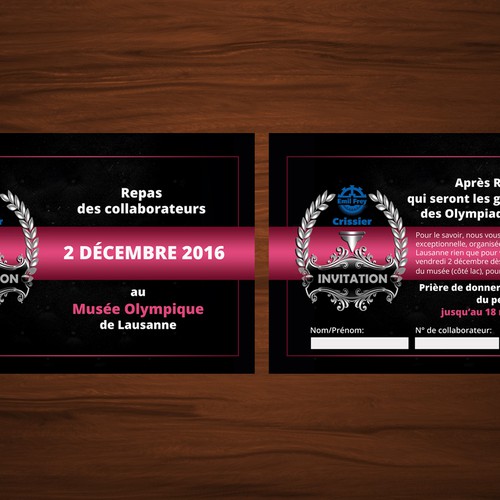 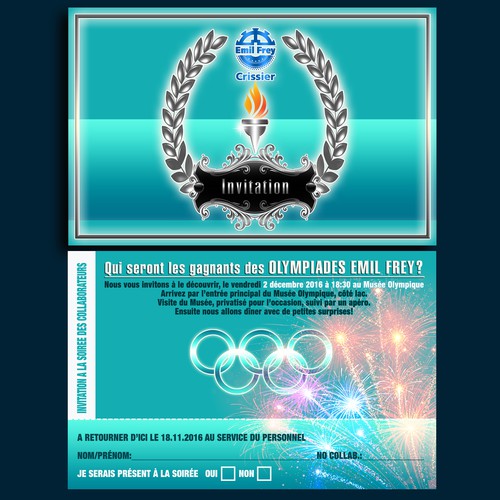 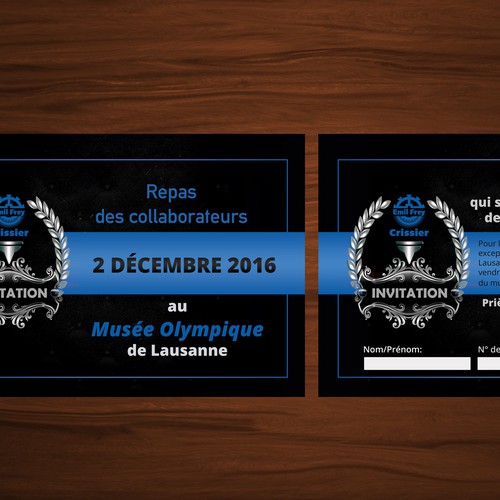 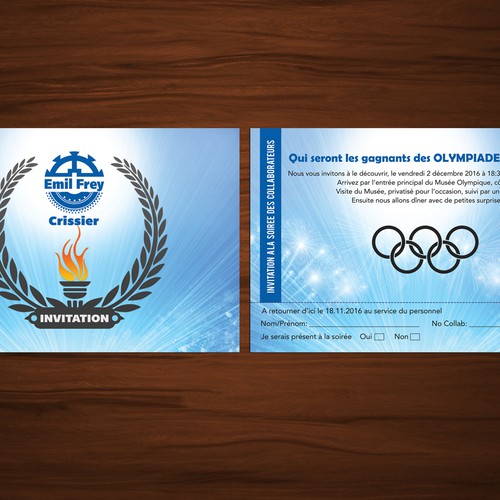 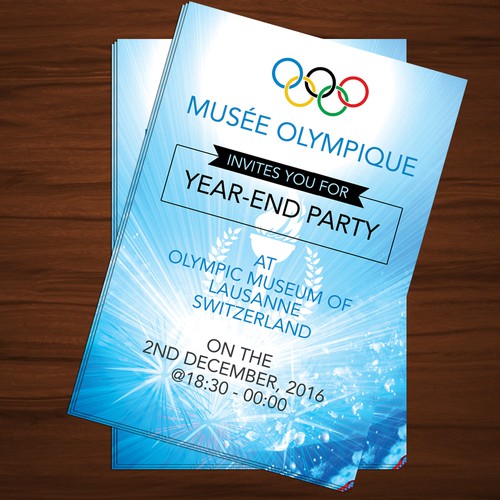 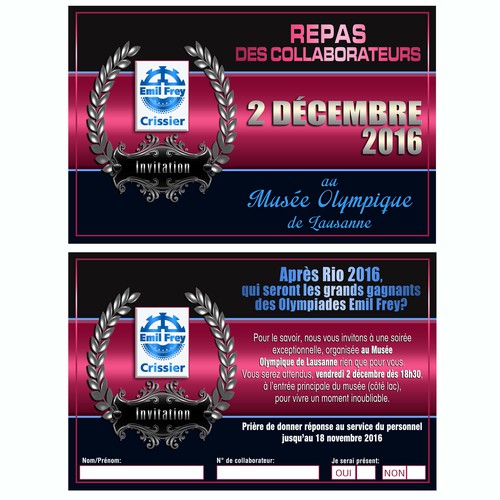 Winner - yozix_design
Awesome work and understood my changes required. Will use again
- Anonymous

Finalist - JB.d
JB.d was great to work with. Submitted a number of great designs and once I had awarded one, JB.d made all the changes I asked for. I would recommend JB.d without hesitation.
- Anonymous

How eric5K started their postcard, flyer or print journey

We need to design an invitation flyer for our client Emil Frey Crissier. They are one of the biggest car dealers in Switzerland with 16 different car brands. BMW, Mini, Subaru, Honda, Lexus, Volvo, Jaguar, Land Rover, Jeep, Kia, Toyota, Suzuki, Fiat, Ford, Mitsubishi, Alfa Romeo.
We will be organizing their year-end party at the Olympic Museum of Lausanne Switzerland on the 2nd of December, 2016. The guests will be employees only.
The party will start at 18:30 and end at 00:00. The theme is "Small Olympic Games". But there will be no real dress code.
The invitation should mention "Musée Olympique" (in french) as the premises, the time: 18:30 - 00:00.
The design of the invitation should express year-end party (fireworks, party, fun, leisure, the Great Gatsby but without the smoking as a dress code) and also bare a link to the Olympic theme (the torch, the circles or...) and the Olympic premises. We also need to see the logo of the company (attached) and maybe even all the brands (attached as well) they support if it makes sense in an invitation. I can picture a firework out of which you can make out the Olympic circles which become each brand in a shooting star.

We saved a spot for your postcard, flyer or print contest.

Get started now
Podium - Product Flyer
A$389
We design, publish and host personality and ability tests for selection and development. Two groups of people typically
17
entries
7
designers
Create an eye-catching modern flyer for online learning platform!
$199
ADP Business Pro is an online video training platform that helps small businesses educate and train their employees.
51
entries
21
designers
Create a marketing page to WOW senior executives.
259 CA$
Hi, Im a management consultant focusing on Business and Culture Transformation. I work with medium to small businesses.
22
entries
5
Designer
Oversized postcard so useful it gets tacked to the Co. corkboard.
US$199
I have reimagined human resources for small businesses in (Humboldt County, CA) that are owned by people 40 yrs. old and
71
entries
7
designers
Create an Information Flyer for CMTG
269 AU$
Primary target customers are 80-150 user medium sized business with significant hosting requirements; followed by 20-
30
entries
7
Designer
Career Management for 21st century
£239
We are experts in labour market intelligence. We analyse job postings and CV data in the UK of over 50% of the labour m
21
entries
7
designers
Learn more about postcard, flyer or print design
See how it works