burokerl got their new book cover by running a design contest:

Create a Classy Cover for a Science Fiction Romance Novel

I'm looking for a classy cover for a space-based science fiction adventure/romance novel (think Firefly or Star Trek with a love story). I'll include descriptions of the characters and the plot below, along with examples of covers in the genre (the "Shadower" one is my favorite of the ones I shared). Most of the covers I see on Amazon are done with stock images and photoshop manipulation -- this is fine, but everything needs to blend together very well, so it doesn't look like detached heads or bodies floating in space. :D (there are a lot of cheesy and badly done covers in this genre!). An illustration done in a realistic style would be cool to see, but I know that's a lot of work, and I'm not expecting it. **Note: I'm planning to publish about four titles a year in this series, so I'd definitely like to work with someone who wants to do more designs in the future and who can get covers done fairly quickly.

Book and character details: Title: Mercenary Instinct Author: Ruby Lionsdrake Blurb: Skulking around in the ruins on a planet swarming with treasure hunters, slavers, and bounty hunters probably isn't good for one's health, but Ankari Markovich needs a few archaeological samples for her latest business venture, a venture that might prove lucrative enough to move her parents and siblings off the impoverished home world where she grew up. Unfortunately, she has no sooner collected her samples than she's captured by a band of brawny mercenaries. The captain is intent on turning her over to some finance lord who has, for reasons unknown, put a bounty on her head, a ridiculously large one at that. If she can't figure out a way to escape before she's delivered to the man's home world, she could be forced into a life of indentured servitude, or worse. Captain Viktor Mandrake doesn't usually take on piddling bounty hunting gigs, but when his intel officer informs him of a criminal on a nearby planet, he figures it wouldn't hurt to take a shuttle down to collect the woman. But Ankari Markovich is trouble from the start, nearly eluding his elite forces, and then, even after she's captured, fighting and tricking his people left and right, in an attempt to escape his ship. He finds himself admiring her spirit, but her warrant promises she's a criminal. The safest thing to do is to keep her in the brig and ignore her until she can be handed off to the man who wants her. But things grow more complicated when other bounty hunters show up, wanting to claim Ankari for themselves. Suddenly, thanks to this woman, Viktor's ship is in danger, his crew members are going missing, and he's fighting deadly creatures in a jungle in the middle of a storm. He's either going to strangle her... or fall in love. Either scenario guarantees his life will be in danger. Settings: ruins on a desert planet, a jungle moon with huge trees and scary wildlife, and buddhist monastery on a cliff side, sleek black combat shuttles, and the mercenary ship itself (inspired by a raptor) Character descriptions: Heroine -- Archaeologist/entrepreneur with mischievous brown eyes, wavy dark blonde hair, and a khaki jumpsuit full of pockets; Hero -- Mercenary captain, a broad-shouldered man in a brown leather duster and boots that seem antiquated next to his intricate mesh vest armor and laser pistols. He's handsome, in a cold and aloof way, with green eyes that stand out from his olive skin and short black hair. Update:  Cover size -- Amazon likes big covers, so please be able to make something around 2500x1550px. Thanks!

burokerl collaborated with designers to refine their ideas

Nitsua read my brief and did a really good job designing my book cover!

rblossom
Choose a design you love and work closely with the winning designer to refine and finalize your design. After that they’ll supply the files needed for print or digital use. Full copyright is all yours.
You’ll get all the image files you need to put your design anywhere. This includes the original, editable file, as well as a preview version you can open on virtually any device.
If you know exactly what you’re looking for, it makes sense to work with an individual freelance designer. In that case, you can search through our designers’ portfolios and find your perfect match.

Need a badass gaming logo that brings in a audience.

its a gaming channel for teens to to adults.

Design a new logo for a Twitch Streamer

Design a killer book Cover to find your BS

Men and women who are horror and paranormal lovers, and love collecting horror books.

Create An Elegant Ebook Cover For My Project (Easy)!!!

People seeking purpose in life from 25 to 45 years old. 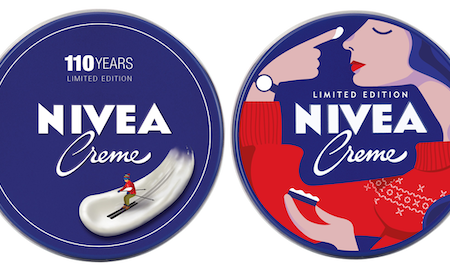